With school out, I had to find some way to unwind. Sooooo....Dave and I met up with some friends in Jacques-Cartier National Park just north of Quebec City. It was absolutely beautiful! Here are some pictures. 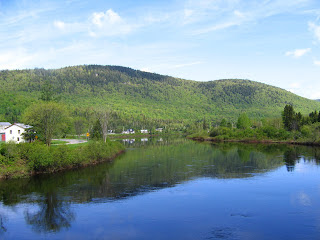 Rendezvous #1 with our friends who were kayaking a different part of this river. This was not actually in the national park, but was a beautiful area in a "town". I don't know how these people actually get groceries without driving to Quebec City because we certainly couldn't find a grocery store or general store. Apparently, that's not a requirement for town in Canada. :) 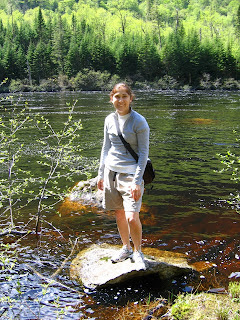 This is on our hike in the national park along the Jacques-Cartier river. 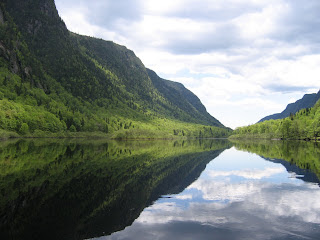 The second day at the park, we did a 28 km canoe down the Jacques Cartier river that included 10 low class rapids. This is one of the shots I took in a flat part of the river. 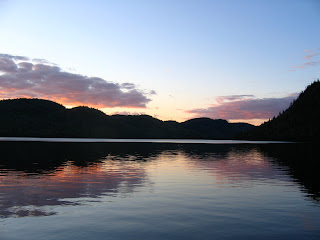 For the second night of camping, we drove to a different national park and camped by a lake. 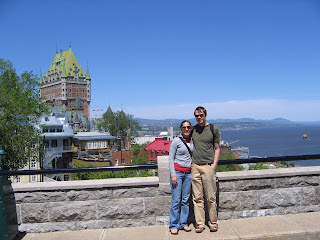 I thoroughly enjoyed Quebec. It was great to get to practice my French a little, as well. Quebec City is great, too, and has great access to beautiful camping. I can't wait to go back.
Posted by Julie at 7:58 PM