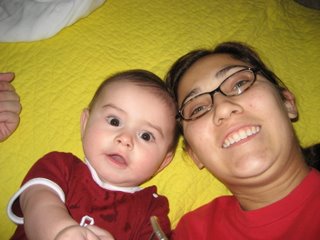 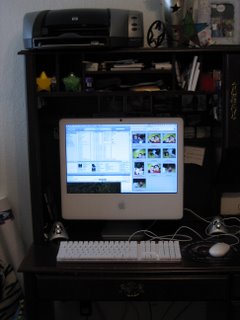 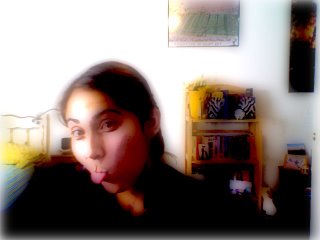 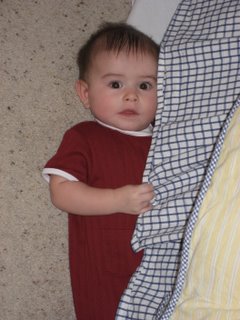 Well, I suppose I procrastinated too long on this one. The dentist appointment, I mean. Today, I went to the dentist to get 3 cavities filled that they had found before I went to Arizona this summer, but I didn't have time to get them filled before I left. I paid for it today, though. It was probably one of the worst experiences ever. I think I am more motivated to go above and beyond the dentist recommended brushing 2 or 3 times a day with flossing at some point. I think I shall try to get back in the habit of doing a fluoride rinse every night. It's not that hard. Just gotta keep thinking about the amount of discomfort I experienced this afternoon. It's really not that it hurt, but just that people were jamming things like drills and needles in my mouth while I was aware of it. ugh! no more cavities!

Other than that, I had a good day, but an even better weekend. My cousin Billy and his wife Carin and their 7 month old son Benjamin came for a visit this weekend. We had lots of good food, good playing and fun shopping. I got to watch part of the football game with Benjamin and we had a great laugh while he ate. He was so hilarious. Granted, I can see how trying to hit a moving target with sweet potatoes would be a bit frustrating if I had to do it everyday, but just this once it was pretty funny. I'll attach some pics of Benjamin. so cute! We all went shopping on Monday and had yummy yummy Pei Wei. If you haven't been there, send me an email or call me and lets go! It's owned by the same people that own PF Chang's if you've ever been there, but this is cheaper. Still good, though. :)

School is going well. I'm less busy with schoolwork, but more busy with research. That is ok with me, though. I would much rather be doing research stuff than the ole H-dub. Classes are good. Quantum is pretty ridiculous, though. It's hard material explained in a not so clear fashion. Never a good combination. I need to start spending more quality time with my book. Hopefully that will help the situation. Well, I must go to bed.
Pictures:
1. Benjamin and I havin' fun rolling around on the floor. He likes to do that a lot.
2. My new compy! woo!
3. A picture of me taken with my compy's cool built-in camera! Double-woo!
4. Benjamin rolling around on the floor almost under the bed.
Posted by Julie at 10:50 PM

Sister, sister!! I had to get cavaties filled this summer too!!!! The last time I had a cavaty was when I still had my baby teeth. I've gone through the same transformation though...floss, floss, floss! Crazy how much we have in common...