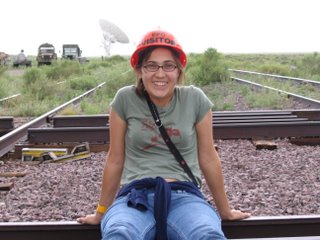 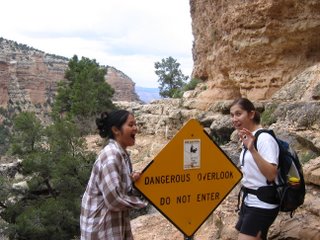 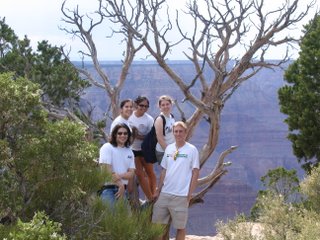 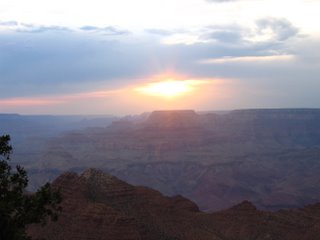 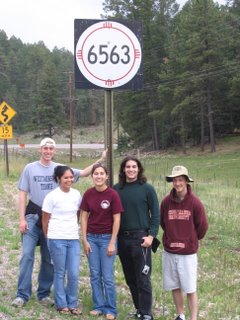 Hello everyone! I'm sorry it's been awhile since I posted, but we were gone all last week to Sunspot, NM. Sunspot is a small mountain astronomy community where they study the sun. We got to hang out with all the Sunspot REU kids and it was fun. We spent the 4th of July there and saw some fireworks, but the fireworks were less impressive than the lightning that was going on on the opposite side of the sky. While we were in New Mexico, we got to tour the VLA (Very Large Array). This is the radio astronomy facility featured in the movie Contact. It was lots of fun, but we were all really worn out from all the driving around. This week, the Sunspot kids are in Tucson and we're touring the Large Binocular Telescope. Lots of fun, but not lots of productivity. I can't believe it's already the second week in July. crazy! I don't feel like I've done enough on my project, but oh well. It's getting there.

We also went to the Grand Canyon. It was so much fun! It was beautiful and it was really nice to be in the cool air for awhile. I'll provide some pictures here, but follow this link to see all my pictures.
We stayed at a hostel in Flagstaff and it was so nice. Flagstaff is really beautiful and I've decided I need to get hired at the observatory there. :)

So now we're back in Tucson and trying desperately to work hard and get everything finished that we need to do. It's hard to go back to 9 to 5 work after a week off. :) Still having lots of fun, though. hehe
pictures: 1. me sitting on the railroad tracks that they use to move the radio antennae around on at the VLA
2. Myra and I being silly at the Grand Canyon
3. The 5 of us in a tree at the Grand Canyon
4. Sunset at the Grand Canyon
5. The highway up to Sunspot, NM...this is significant because it is the wavelength of a transition of Hydrogen. H-alpha...if you know what I mean...
Posted by Julie at 12:38 AM

Great pics on your photobucket link...I really liked SDSS and the Grand Canyon ones!

Your photos are just beautiful! I especially love the sunset photos at the Grand Canyon. I know you're having an incredible summer. See you soon!

There's life out there, I know it, Skully. Just believe...

Mikki has new pictures up on her blog. Where is San Diego? Where is Jerod?