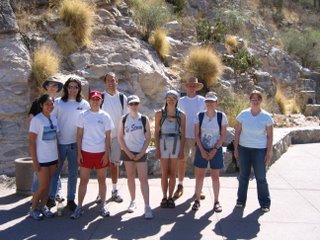 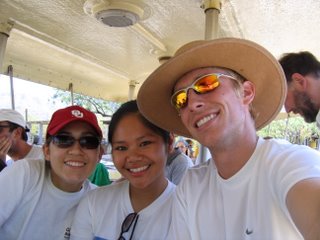 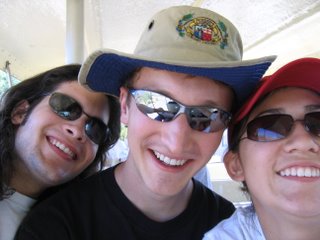 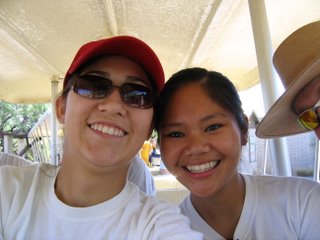 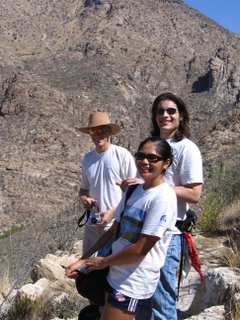 Hello! It's been awhile, but I'm still here and having plenty of fun! This past weekend we went to Sabino Canyon for a nice 3 hour hike. It was beautiful and I'll include pictures, but it was too long. hehe...I'm a wimp in this hot weather. That was Saturday and then, on Sunday a group of went to see Cars and then we all cooked manicotti together. It was sooooooo yummy. I have to say, though, I was disappointed in Cars. Pixar has yet to falter greatly in my eyes, but Cars is their worst movie to date. While there were moments of hilarious wit and irony, there were also moments that were way too sentimental, like the whole middle of the movie. Even the kids were bored. I could tell because they were all screaming. Then it was back to work during the week. Last night, we went to this place called the Women's Club of Tucson for a dancing lesson and more dancing after that. Pictures are attached. :) Other than that, I've just been working. It's been kinda frustrating because the program that I am using wasn't working, but today I figured out the problem and can once again move forward! yay!
Posted by Julie at 8:02 PM