Recently, my friends John & Lindsay moved to Washington D.C. As a going away present for them, I did a little crafting. My inspiration came from the August (I think) issue of Martha Stewart Living. Gotta love Martha's ideas! I thought everything turned out great! I also have to give credit to Dave for suggesting that I stencil a word onto the bottom of the baskets. I originally just planned to paint them blue for some extra color, but his idea was much better (and more time consuming). 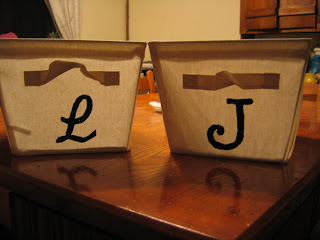 You could probably buy cute letter stencils pretty easily, but I wanted more font selection, so I made mine. I first printed them out on regular paper and then eventually cut them out of poster board. It definitely helps to use an x-acto knife or craft knife (as I like to call it). 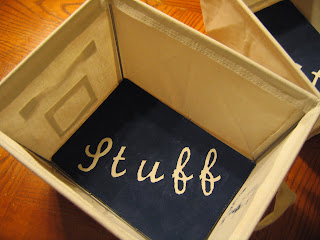 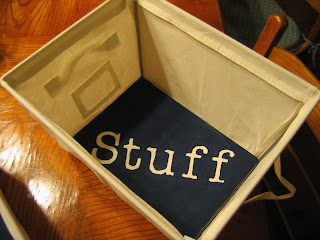 In addition to the stenciling, I used rubber erasers (Martha's idea) and sponges to stamp cloth napkins. The picture shows the ones I stamped with different sized erasers. 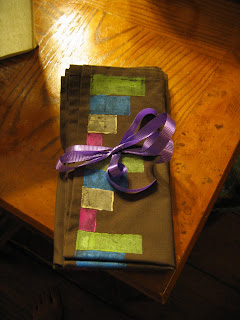 I had so much fun making this gift for John & Lindsay that I think I'm going to have to make some for myself!
Posted by Julie at 9:00 AM