Dave & I went out to his parent's house in Wisconsin this weekend for the 4th of July. We had tons of fun just hanging out on the lake in the non-rainy weather. Unfortunately, I hogged the camera too much, so we don't have any pictures of me getting bounced around on a tube or trying my best to water ski. The rest of the time I had too much food in hand to even think about a camera. :) Sounds like the 4th of July to me! Here are some pics from the weekend: 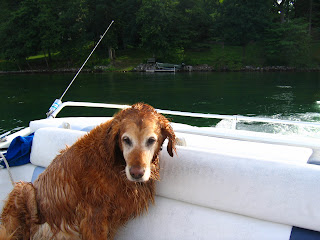 Koshka putting on her best face for the camera. 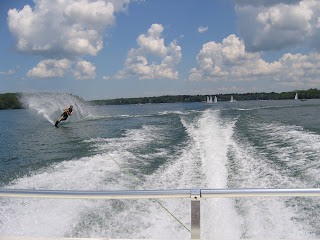 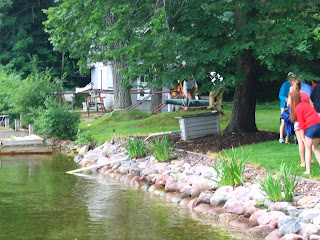 The civil war cannon that was shot off in an anti-climactic puff of paper on the 4th. Apparently, the owner is only allowed to stuff the cannon with paper after the year that they used an actual cannon ball. The cannon ball flew over the entire lake to the opposite shore barely missing Dave's aunt's house in the process. whoops. 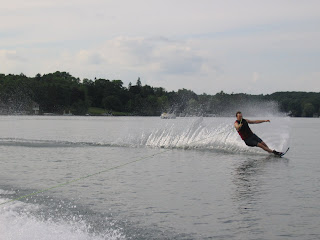 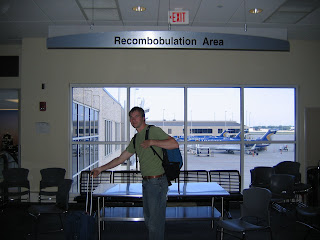 I thought this was absolutely hilarious. This is the sign just after security in the airport in Milwaukee. I mean...just how often do you see the word "recombobulation" written on a sign.
I don't know what other word you would use for it, but I thought it was pretty funny. We were feeling pretty discombobulated, too, so we took full advantage of the area. This is Dave post-recombobulation.
Posted by Julie at 8:57 AM